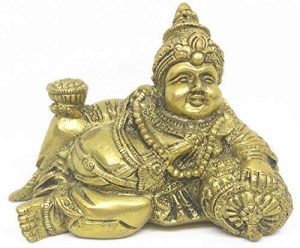 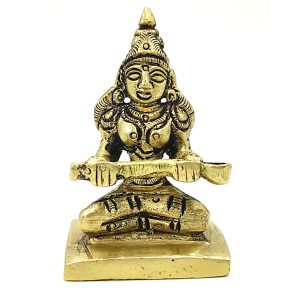 Brass Lord Kubera (also Kuber) is the god of wealth and the lord of Uttaradisha (North Direction) in Hindu mythology. He is also known as Dhanapati, the lord of riches. He is one of the Guardians of the directions, representing the north according to Vastu Shastra Kubera is also the son of Sage Vishrava(Vaisravana), and in this respect, he is also the elder brother of the Lord of Lanka, Ravana. He is said to have performed austerities for a thousand years, in reward for which Brahma, the Creator, gave him immortality and made him the god of wealth, guardian of all the treasures of the earth, which he was to give out to whom they were destined. When Brahma appointed him God of Riches, he gave him Lanka (Ceylon) as his capital, and presented him, according to the Mahabharata, with the vehicle Pushpaka, which was of immense size and ‘moved at the owner’s will at marvelous speed’. When Ravana captured Lanka, Kubera moved to his city of Alaska, in the Himalayas.

Place Kubra in the north zone of your house or office or near the cashier in a shop.

Kubera also credited money to Venkateshwara or Vishnu for his marriage with Padmavati. That’s the reason devotees/people when they go to Tirupati donate money to Venkateshwara’s Hundi so that he can pay back to Kubera. According to the Vishnu Purana, this process will go on till the end of Kali-yuga

Also an ideal gift for any occasion like housewarming, birthday gift, promotions, etc

Brass Lord Kubera is the lord of wealth and prosperity in Hindu mythology. He guards the North Direction. He is also known as Dhanapati, the lord of riches.

Kuber is worshipped for quick financial gains, an unexpected gain of money through lotteries, and prosperous business.

Kuber Murti offered by us brings prosperity, wealth, and money into your life. Kubera also reduces unwanted expenses and assists in the flourishing of your businesses.

Place Kubera in the north zone of your house or office or near the cashier in a shop. Lord Kuber protects and conserves your money. Kuber helps you to recover your loan and debts.