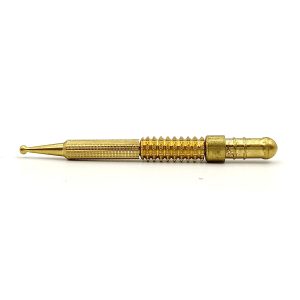 Also Exclusive tool for acupressure, an alternative therapist for treatment

This alternative therapy has been evolved by South Korean scientist Prof. Park Jae Woo. This therapy when compared to another method of alternate treatment, Sujok is simple & uncomplicated, It can be compared with the best self-care methods known to man today.

The high effectiveness & simplicity of Sujok therapy helps its rapidly spread in various countries among therapists & patients. Sujok is a method that matches the classical science of the west to the knowledge accumulated by oriental medicine from ancient times.

This therapy at its most basic employs acupressure, the effect of employing simple acupressure stimulation to treat various health problems on the corresponding points/areas on either the hands or feet has forward to give a very highly effective form of treatment & sometimes complex ailments & long-standing disorders and the need to resort to acupuncture by doesn’t arise.

The name SUJOK speaks about therapy. The word “SU” in Korean means the hand and “JOK” means foot. The most astonishing aspect of this therapy is its simplicity. Anybody who desires himself to learn the basics of Sujok therapy can do so within a matter of minutes. These points/areas are composed in a very strict anatomical order, reflecting the structure of the body (human or animal) in a diminished form on them ( Hand and Feet ). Vastu Consultant.

Acupressure is a form of touch therapy that utilizes the principles of acupuncture and Chinese medicine. In acupressure, the same points on the body are used as in acupuncture but are stimulated with finger pressure or an instrument instead of with the insertion of needles. Acupressure is used to relieve a variety of symptoms and pain. Acupressure points (also called potent points) are placed on the skin that is especially sensitive to bioelectrical impulses in the body and conducts those impulses readily. How does acupressure work? Even amongst the best “scientific” minds, no one knows how aspirin works. They know how aspirin affects the body and what symptoms it will help alleviate, but no one knows the mechanisms by which it functions. The same is true with acupressure. From studies done by Western scientists, we know that acupressure points can be measured electrically. Scientists have also shown that acupuncture and acupressure produce higher levels of important biochemicals. Other studies show that acupressure can increase blood flow in even the deepest body tissues. Traditionally, Asian cultures conceived of the points as junctures of special pathways that carried the human energy that the Chinese call chi and the Japanese call ki. Western scientists have also mapped out and proven the existence of this system of body points by using sensitive electrical devices. Stimulating these points with pressure, needles, or heat triggers the release of endorphins, which are the neurochemicals that relieve pain. As a result, pain is blocked and the flow of blood and oxygen to the affected area is increased. This causes the muscles to relax and promotes healing. Because acupressure inhibits the pain signals sent to the brain through a mild, fairly painless stimulation, it has been described as closing the “gates” of the pain-signaling system, preventing painful sensations from passing through the spinal cord to the brain. Besides relieving pain, acupressure can help rebalance the body by dissolving tensions and stresses that keep it from functioning smoothly and that inhibit the immune system. Acupressure enables the body to adapt to environmental changes and resist illness. Tension tends to concentrate around acupressure points. When a muscle is chronically tense or in spasm, the muscle fibers contract due to the secretion of lactic acid caused by fatigue, trauma, stress, chemical imbalances, or poor circulation. For instance, when you are under a great deal of stress you may find you have difficulty breathing. Certain acupressure points relieve chest tension and enable you to breathe deeply. As a point is pressed, the muscle tension yields to the finger pressure, enabling the fibers to elongate and relax, blood to flow freely, and toxins to be released and eliminated. Increased circulation also brings more oxygen and other nutrients to affected areas. This increases the body’s resistance to illness and promotes a longer, healthier, more vital life. When the blood and bioelectrical energy circulate properly, we have a greater sense of harmony. Health and well-being. Must be for each member of the family.

Want to order Su-Jok Kit Tools Premium Sujok Therapy on Cash on Delivery from the Brand “Plus Value”?