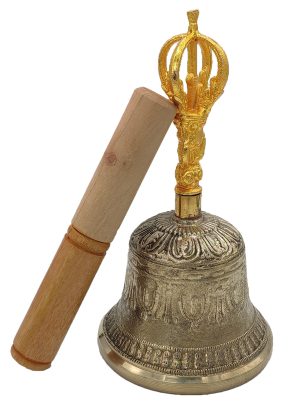 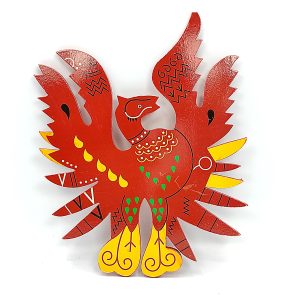 Three lucky immortals are considered to be very popular in Asia, also known as the Trinity of Deities or The Three Feng Shui Gods. They are said to represent prosperity, authority, and longevity respectively. Because of their magnificent symbolism, the trinity of deities is the most highly sought-after figurine by those in high positions such as politicians.

The three feng shui gods of wealth create an inner balance of harmony which brings peace of mind and health to its owner. Each God carries different things which have their unique meanings. However, according to the legends, they are the strongest when kept together. It fills the owner with happiness and extreme good luck. They are considered excellent housewarming gifts.

Fuk represents good luck, health, and happiness. He is usually carved holding a child or scroll in his arms.  The child symbolizes the transmission of good luck to future generations, whereas, the scroll represents the importance of learning and knowledge. According to legends, Fuk is the personification of the planet Jupiter.

“Lu” in Chinese is used in reference to the salary of a government official. He dresses in the imperial robes of the mandarin. Also, Luk holds a Ru Yi or Golden Ingot which represents respect and authority. He brings stability, fame, and success.

Sau represents longevity. He cups a peach in his hand which shows beauty, youth, and immortality. According to the legends, it is believed that Sau was in his mother’s womb for ten years before he was born and when he came into the world, he was already an old man. With a distinguished high forehead, he is always carved with a warm welcoming smile on his face.

These beautifully carved figurines are very important to have in the house if you’re going through hard times. They work best when the air around them is cleansed and fresh. The three lucky immortals bring the much-needed peace back into the house and help in resolving issues. Great success and happiness become a part of the owner’s life. People who are going through a hard time while experiencing the effects of planet Jupiter must keep the trinity of deities in the house as per the rules provided by Feng Shui. Also, people who hold high positions in the government often have them settled at their office tables for their symbolism of authority and respect. They are often considered a perfect gift for people who work in government offices. Politicians also love these figurines as they also represent good luck, stability, fame, and success.

Traditionally, the three figures should be kept together with Luk at the center, Fuk to its right, and Sau to its left. These auspicious statues are supposed to be placed in a high-energy zone such as the living room or dining room and must be kept at least 3ft. above the ground. You can also offer fresh flowers and light candles daily in front of the three lucky immortals.

Fuk Luk Sau is a great trinity of deities who represent prosperity, authority, and longevity. They are highly favored by many businessmen, politicians, high-ranking government officials, and executives Sau, the 1st star carries a bottle of nectar and represents longevity. Fuk, the 2nd-star deity, represents wealth and enhanced income. The 3rd-star deity (Luk) represents the power of the high Government official and holds the Ru Yi or scepter of office in his left hand. Luk always stands in the center.

Fuk Luk Sau should be placed on a high side table in the dining room from where they are said to create auspicious chi for the entire household.

Fuk, Luk, and Sau should be placed above the height of 3 feet. Also not place Fuk Luk Sau in your bedrooms, toilets, and kitchen.

Three wise men, or Fuk Luk Sau, are usually placed in an area with high visibility and good energy, such as a high table in the living room, for example, or on a high shelf in the office.

To the left is always Fuk, with all the blessings and good luck energy. Luk is always in the center, with the promise of success and financial stability.

Sau means longevity. Sau is to the right, smiling and offering the gifts of longevity and peaceful life.

Fuk Luk Sau improves inner balance and harmony between you and your family members.

In any sector of your living room or dining room, to attract good fortune and positive energy.

Want to order Feng Shui Fuk Luk Sau on Cash on Delivery from the Brand “Plus Value”?